The World after the Breaking

The world has actually had two drastically different geographies, because of the destruction during the Breaking, but the destruction seems to have radiated outward from Shayol Ghul.
The Breaking may not have been as cataclysmic in distant parts of the world.

A fourth continent may lie hidden beneath the massive ice of the southern polar regions, but it is unknown and likely to remain so. 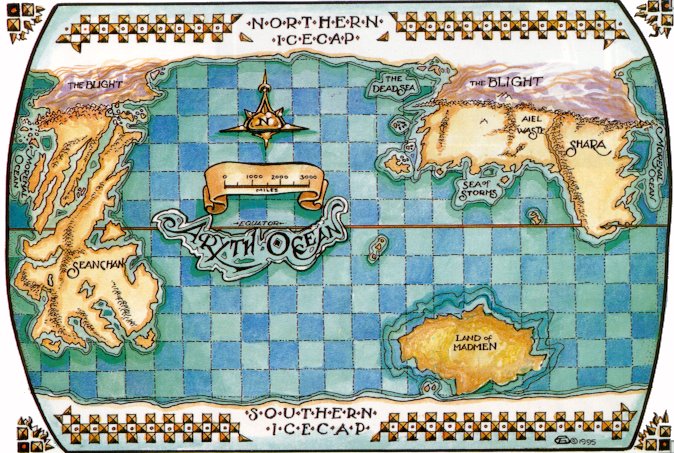 Land of the Madmen
Nameless except to its inhabitants.
Approximately seven hundred and fifty leagues across and five hundred leagues from north to south.
It extends to within five hundred miles of the southern ice cap.
The natives apparently never recovered from the Breaking.
There seems no possibility of peaceful contact.

To my mind, this is one of the most ridiculous things in the entire book. I can't see a plot line developing there so why include this information at all ?
The place stinks. The idea that there was no recovery from the Breaking is simply unsound. I'm no sociologist, but really. In three thousand years, villages must grow into towns, towns into cities etc. The notion of total collapse seems especially stupid when you consider the earlier statement that the destruction radiated out from the Blight, and that the Breaking was less significant in other parts of the world. By that logic this continent was the part least shaken by the Breaking. Frankly I just don't believe a word of it.